The best way to avoid the negative effects of poison ivy is to ensure that the plant is nowhere to be found in your garden. If you can do that, your battle is already won and you will seldom have to deal with the horrible rash that comes with being affected by the poison ivy plant.

If you have large patches of poison ivy to deal with then you may need to use chemicals to get rid of the problem. If, however, there is only a little of the plant to contend with, there are several organic poison ivy removal methods open to you.

The first way is by simply pulling up the plant. Note that this only works if you have only a few plants to deal with. Wet the ground to make it more pliable and pull it out by the roots, so that there is no chance of it growing back. Make sure that you are properly protected when doing this, and make sure that you dispose of the plant properly. If there are larger patches of the plant to contend with, the tips below may be what you need to deal with the problem.

Tips for removing Poison Ivy Yourself

If you are planning to remove the poison ivy yourself you will need to take extra precautions to make sure that you don’t end up getting that nasty poison ivy rash.
Firstly you need to be able to identify poison ivy if you want to embark upon your poison ivy removal. Poison ivy can take several different forms:

There are several imposter plants that look like poison ivy but which are in fact something else altogether. The best way to know whether or not what you have in your garden in poison ivy is to look at pictures and compare.

It is vital that you are properly dressed for the task. You will not be able to appreciate the irony of the situation if you manage to contaminate yourself with the urushiol while trying to remove the plant. Your protective gear should include:

This may seem excessive, but it is for your own good; even the tiniest bit of urushiol on your skin could result in weeks of discomfort.

Don’t Try it in the Rain

You also need to make sure that you choose a good time to attack the plants. Generally speaking, it is better to conduct poison ivy removal on a dry day with no wind. This is especially true if you plan to use some kind of herbicide to get rid of the ivy as you do not want it blowing back at you. Even if you are simply pulling the plants up, you don’t want the wind to blow them around as this increases your chances of exposure to the sap. And, of course, it is simply easier to deal with this kind of mass plant removal on a dry day when it is not raining as you will not have to deal with mud. On top of that, the rain may increase the spread of the urushiol.

Get Rid of the Roots

It is important that you have a shovel on hand when doing poison ivy removal as this will allow you to remove the roots in order to prevent any future growth. The roots may also contain resin, so continue to wear your protective clothing at this point. Use the shovel to dig the roots out. Once you have done that you can dispose of the roots in plastic garbage bags, just like you did with the stems that you cut down earlier. Make sure that the bags are tightly closed so that you will be able to dispose of them without running the risk of giving your garbage man ivy poisoning.

Disposing of the Plants

Now that you have finished your poison ivy removal you will need to dispose of it properly. When doing this you should know what not to do:

If, for example, you burn the poison ivy and then inhale it, you will cause serious damage to your lungs. This is something that should be avoided at all costs. Make sure that you place the ivy remains in thick and sturdy plastic bags, then place those bags in the trash, but ensure that they are securely fastened so that those people who will later remove your trash will not be at risk.

The next step is to disinfect everything, and I mean everything. This includes:

To disinfect the tools you will need to rinse them in rubbing alcohol and then leave them out to dry. After the tools have dried, be sure to oil the parts so that they do not begin to rust. Your clothes will need to be washed several times separately from your other laundry, so that you do not contaminate your entire wardrobe. Hose your boots or shoes down and use soapy water to clean them off. It may be best to do this several times in order to be sure that the urushiol is completely gone. Again, wear gloves when disinfecting your tools and clothes, but don’t use the same gloves that you wore for your removal.

There are a few things that you will need to remember when it comes to poison ivy removal. For one thing, you shouldn’t assume that you will successfully remove the ivy the first time round. It is possible that it will take three or four tries for you to really get rid of the horrible stuff. This is because poison ivy is a perennial plant that grows back from the roots and often spreads by means of underground runners that you may not be able to get to the first, or even the second time round. Just have patience and keep on trying until the poison ivy is completely removed. This is something that you may have to do several times before it is all gone.

If You Have an Abundance of Plants to Remove

In many cases you will have a lot of plants spread over a very wide area. In this case you should:

Again, you need to be very careful when using chemical plant killers. Make sure that you pay careful attention to the instructions on the label of the bottle that you are using in order to avoid an illness worse than poison ivy poisoning.

This poison ivy removal method involves simply smothering the plants so that they are no longer able to grow. This can be as effective for dealing with a large patch of poison ivy as the method mentioned above. The drawback of this method is that it will take some time in order to work. In fact, it could take as much as a year before the ivy is gone.
To do this:

This is a long-term poison ivy removal method, but it works. Once the plants are dead, pull them up by the roots while wearing your protective gear.

Cut or Mow the Plants

If you are trying to deal with the problem in an organic way you could routinely cut or mow the poison ivy patch. Like the previous poison ivy removal method, this is one that will take a long time before you see any permanent results, but it does work. If you regularly mow or cut the poison ivy patch, after a while the plants’ root system will be destroyed and the plant will die.
As always, protect yourself!

If you know anybody that has a goat, or if you are willing to get one yourself, and if it is a practical thing to consider, then go ahead and get one. Goats are great poison ivy removal agents as they are able to eat poison ivy without being harmed by the toxins that it contains. This is perhaps the most environmentally friendly way to deal with your poison ivy removal issue. This may not be the easiest option, but there are also other grazing animals that can fill the same role, so if you happen to live in a more rural area, this is the easiest way for you to go about removing poison ivy. Just remember that the urushiol may come into contact with the animal’s fur, and that could then be transferred to you or your possessions, so wash the animal thoroughly before touching it. 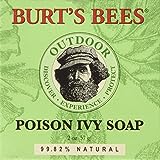 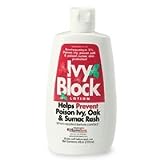